Ventzki presents innovations at the LogiMAT in Stuttgart.At this year's LogiMAT in Stuttgart, Ventzki Handling Systems from Eislingen presented a wide range of solutions for ergonomic and efficient processes. The two newly released products were one of the highlights at the stand: the NEE dumper with dispensing capability as well as the HKE 1500 container lifting and tilting device for large-volume load carriers. 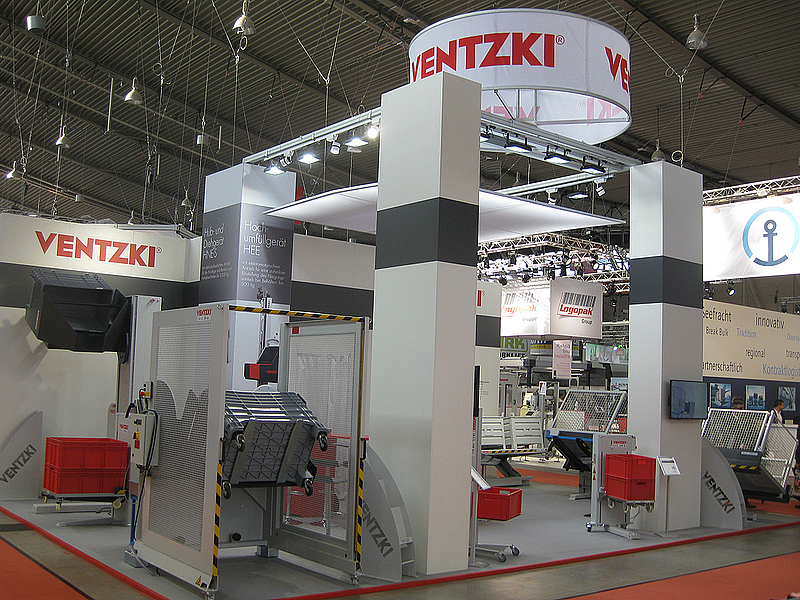 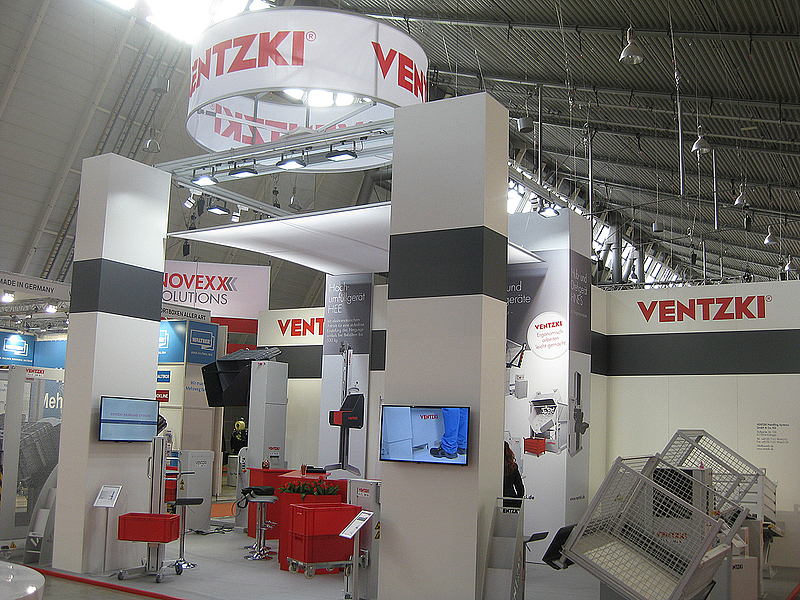 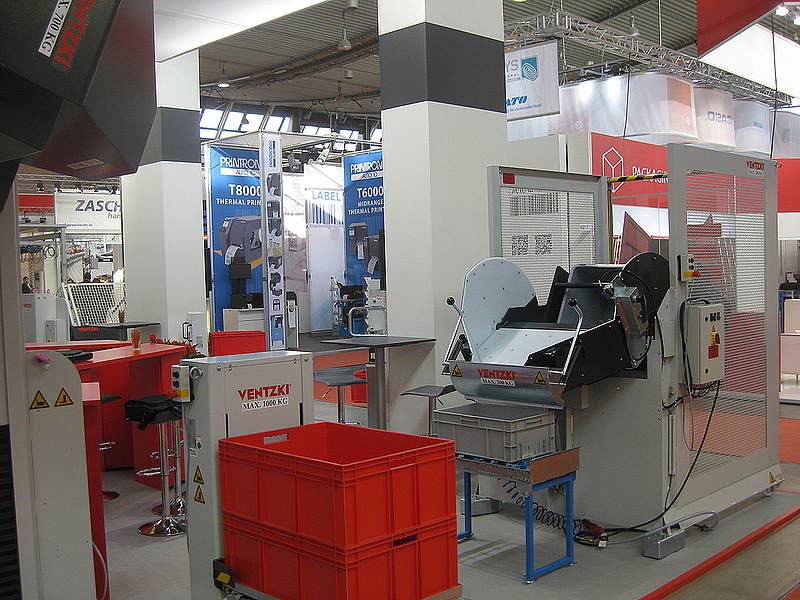 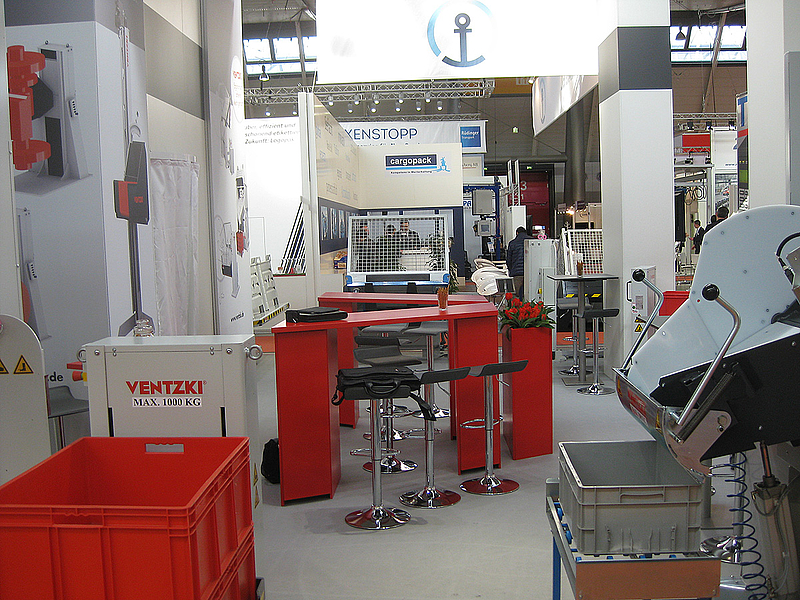 The visitors at the international trade fair for distribution, material and information flow found a wide range of ergonomic lifting, tilting and dumping devices at the stand of Ventzki, the handling specialists. "The newly released products were particularly well received by the audience," says Manfred Weisl, sales manager at Ventzki.

This concerns the dumping device NEE, which has a steplessly adjustable tilt angle and is suitable for large-load carriers with a maximum nominal carrying capacity of 2,000 kg. It is equipped with lateral protection fences in its standard form, which secures the swing radius on the side. The additional equipment includes a manual dispensing flap, which allows the user to separate the components. In addition, additional components such as light barriers, climbing conveyors or separations are optionally available. The NEE is used, among other things, in the furniture and fittings industry, especially in dumping processes in bunkers and metered filling of conveyor belts.

The also new HKE 1500 lifting and tilting device, with a maximum tilt angle of 40 degrees, is especially designed to tilt large-load carriers up to a width of 2,000 mm. The special feature of the HKE 1500 is the compact and space-saving design with an internal power unit. The user can already reach the contents of the container with a low level of tilt in an upright position, which ensures low-stress body position in the most diverse work processes and application fields.

A lot of work for Ventzki's sales representatives

More than 50,000 visitors came to LogiMAT in Stuttgart this year, an increase of almost 25 percent compared with the previous year and thus the best result in the 15-year history of the largest annual intralogistics trade fair in Europe. Manfred Weisl also draws a positive balance: "On the three days of the fair, we received some 70 contacts, some of which already made specific inquiries and visit requests." Ventzki's sales representatives are now visiting the prospects on-site in order to discuss the projects more precisely and to create custom offers.