From the plow to becoming a brand for ergonomic operations

From the plow and agricultural machinery manufacturer to the manufacturer of ergonomic handling equipment: founded in 1882 as a specialist company for agricultural machinery in Graudenz, West Prussia, since 1985, Ventzki has been developing and producing ergonomic handling systems at the Eislingen site in Baden-Württemberg that are suitable for universal use in lifting, tilting, tipping and decanting. Innovation has been a tradition at Ventzki, for more than 130 years. 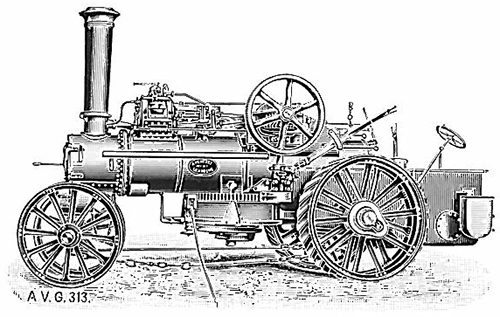 Civil engineer August Ventzki laid the company's foundation in 1882: he founded "Maschinenfabrik A. Ventzki AG" in Graudenz, now part of Poland, located near Gdansk, as a factory for the agricultural development and manufacture of steam plows. Twenty-five years later, a branch is built in Eislingen / Fils; at the same time, the takeover of the harrow factory Straub & Co., in Göppingen takes place.

After World War I and with the Treaty of Versailles (Trianon), Graudenz becomes part of Poland. As a result, the company is set up in Stolp, Pomerania. Agricultural machinery, tractor plows, and tractor units are produced at three locations. The construction of steam plows is discontinued. After the end of World War II, the plant in Graudenz is lost, for a second time and with it the main plant in Stolp. All that remains is the factory in Eislingen. The war had left a vacuum on agricultural machinery that Ventzki filled with its products during the post-war years. 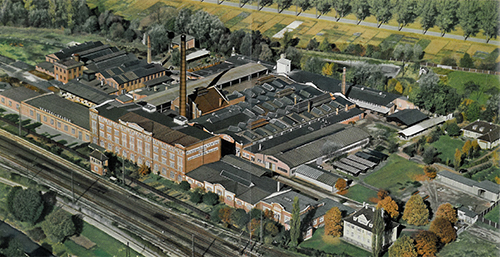 In the post-war period, Ventzki takes advantage of the boom in agricultural machinery with its new tractors. In the early 1950s, Ventzki developes a complete range of equipment for motorized soil cultivation. By the mid-1960s, the company is grown to employ almost 450 personnel. In the following years, the obvious structural changes in agriculture lead to Ventzki being sold in 1970 to the US-based company MTD Products of Cleveland, Ohio. MTD is the largest manufacturer of motorized garden tools, at the time.

MTD gains immediate access to the German market through Ventzki's dealer network. Until 1985, MTD operates the handling technology division until it is sold to the WÜRTEX Maschinenbau company of Uhingen, Baden-Württemberg.

Five years later, the company relocates from Uhingen to Eislingen, where it performs internal design development and production of ergonomic lifting and tilting devices.

After another 17 years, the Carl Stahl Group of Süßen takes over the company. Since 2007, the long-established company, with its extensive portfolio of universal handling devices, which now operates independently under the name Ventzki Handling Systems, has been part of the globally operating corporate group. Under the new leadership, Ventzki Handling Systems is developing a new market position in Germany, the Czech Republic, and Slovakia as a specialist in scissor elevating platforms, as well as flexible and ergonomic handling devices. Ventzki lifting and tilting devices are not only high-quality "production aids", they demonstrably increase production efficiency - whether in the automotive industry, in mechanical engineering, or in the paint or pharmaceutical industries.

Consistent further development of the handling devices, as well as innovations, are distinguishing features of Ventzki Handling Systems. Every year, the company presents this pool of ideas and variety of devices at leading trade fairs, such as Motek and LogiMAT. In the summer of 2017, on the occasion of the 10th anniversary of the takeover by the Carl Stahl Group, Ventzki's managing directors Gregor Zens and Wolfgang Schwenger emphasized that the development of these devices had by no means reached its limit.